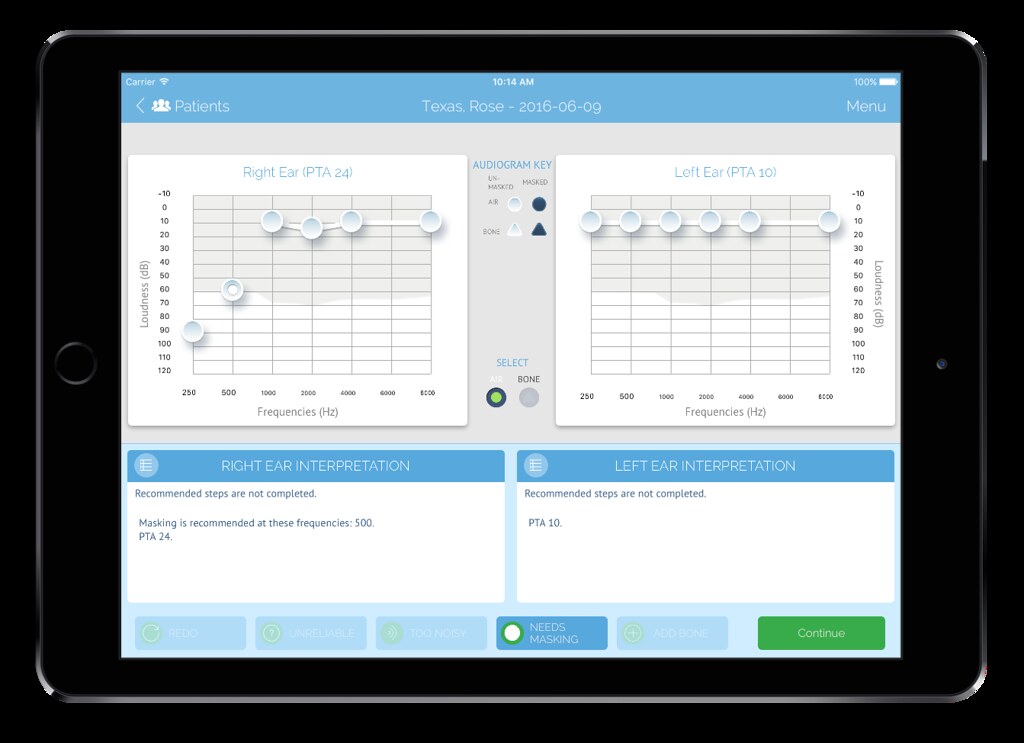 Innovators aim to diagnose hearing loss in tens of thousands of people in the developing world thanks to new funding from Grand Challenges Canada and the first clinically validated iPad audiometer.

Developed in partnership by Ottawa-based Clearwater Clinical and the Children’s Hospital of Eastern Ontario (CHEO), the “ShoeBOX Audiometer” allows audiologists and technicians to perform critically needed screening and diagnostic testing anywhere, with the same level of accuracy, but a fraction of the cost of traditional audiometry systems.

Some 360 million people worldwide (including 32 million children) have disabling hearing loss and require hearing aids - the majority of whom live in developing countries, according to the World Health Organization. In low- and middle-income countries, less than 1% of people who need a hearing aid have one, due to their high cost, insufficient clinical services, a lack of audiologists, and low levels of access in rural communities.

At one-tenth the cost of traditional diagnostic audiometers, the tablet-based ShoeBOX Audiometer is an inexpensive and portable solution ideal for low-resource, rural settings. While screening and treatment from a qualified audiologist is ideal, the ShoeBOX Audiometer makes it easy for non-traditional individuals like family doctors and community health workers to provide hearing diagnostic services where audiologists are not available.

Led by Chief Executive Officer Michael Weider and founded by Chief Medical Officer Dr Matthew Bromwich, Clearwater and CHEO designed the ShoeBOX Audiometer with children in mind. The application is user-friendly and uses a form of ‘play’ audiometry to effectively diagnose hearing loss in children as young as 3.5 years.

Journal of Otolaryngology and the Journal of Oto-HNS; there was no statistically significant difference between thresholds obtained by ShoeBOX and traditional audiometry.

The ShoeBOX Audiometer has also been shown to be effective in low-resource settings. In an earlier study supported by Grand Challenges Canada’s Stars in Global Health program, funded by the Government of Canada, 868 children were screened and 139 were diagnosed with hearing loss in Iqaluit and Uganda. This earlier proof of concept work transitioned the project from a prototype to an FDA and Health Canada-approved, commercial-grade medical device.

In partnership with Grand Challenges Canada, angel investors, the Business Development Bank of Canada and World Wide Hearing, Clearwater is now looking to scale up the ShoeBOX Audiometer throughout South America, as well as continuing product development and refinement.

Clearwater estimates that the new funding from Grand Challenges Canada’s Transition to Scale program will enable them to reach tens of thousands of beneficiaries by the end of 2017.