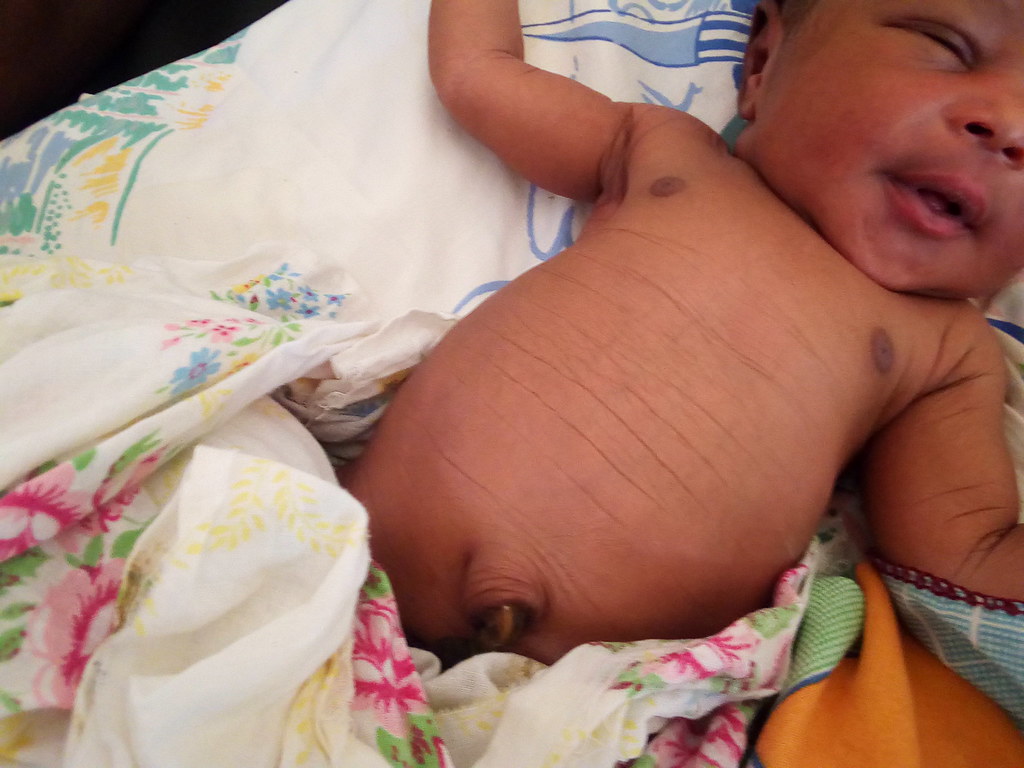 The number of newborn deaths in South Sudan has consistently increased in recent years, culminating in a mortality rate of 40% in 2018. 20% of these newborn deaths were attributed to sepsis due to cord infections during birth.

The majority of the newborns at risk come from families of low socio-economic status (SES) in rural settings. These families often live in poverty and lack the resources needed for neonatal care. Mothers are often forced to deliver their babies under the care of family members and Traditional Birth Attendants (TBAs) in a home rather than a hospital, creating a risky delivery environment.

Chlorohexidine (CHX) gel has been recommended for cord infection prevention, but has not been utilized in South Sudan.

The project specifically targeted communities with high rates of home births, infections, and newborn deaths. In 3 communities, the project collaborated with local health workers, Community Health Workers (CHWs), and traditional birth attendants. Overall, 100 CHWs and 20 health workers were trained on how to use CHX gel to prevent cord infections.

Community awareness campaigns on the importance of using CHX gel were conducted, and SDKs were distributed through CHWs.

In total, 1,034 neonates received cord treatment using CHX gel. The neonatal mortality rate plummeted from the national average of 20%, to just 4% in the intervention group. Overall, 82% of neonates were infection-free after birth, despite the fact 78% of births during the intervention took place in a hygiene constrained environment.

Newborns who received CHX gel were followed for 28 days. The innovators found that CHX gel, along with hand washing and clean delivery, replaced some of the rudimentary and harmful traditional practices within the community.

As a result of this project, health workers, mothers, and CHWs were better equipped to prevent future newborn cord infections.

The project obtained $61,200 through an in-kind donation and $75,000 in NGO funding. They are now looking to partner with the government of South Sudan.