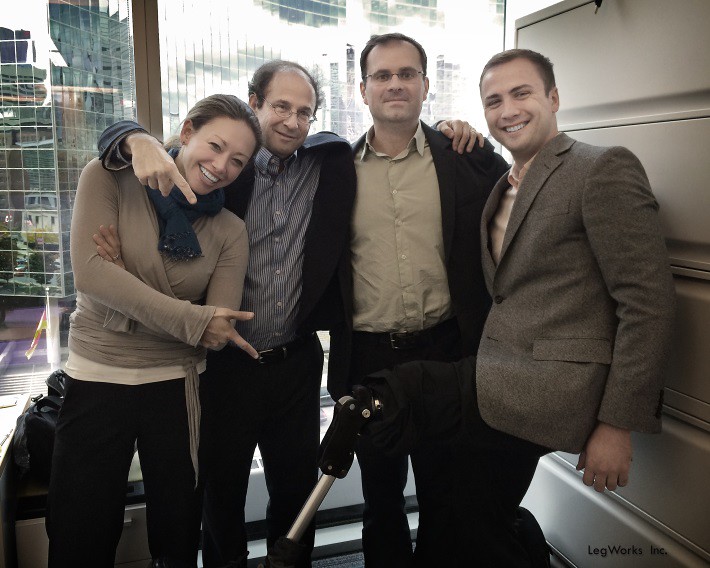 Backed with a blend of private and Government of Canada investments catalyzed by Grand Challenges Canada, Toronto-based company LegWorks will contribute to a better life for amputees in developing countries.
LegWorks will mass produce its innovative, affordable prosthetic knee, the All-Terrain Knee (AT-Knee), the functionality and durability of which makes it ideal for amputees living in the developing world.

With $1 million expected from private investors and foundations matched by federal funds, the project will receive an anticipated $2 million to scale-up the success of the company.

LegWorks began with a $100,000 proof-of-concept grant three years ago from Grand Challenges Canada, now the intermediary for the scale-up investments.

The LegWorks “All-Terrain Knee” is a safe, high-functioning, durable, affordable prosthetic knee joint developed at Toronto’s Holland Bloorview Kids Rehabilitation Hospital. It enables lower-limb amputees to walk more efficiently, safely and comfortably. Its patented design provides incredible stability, is easy to fit and maintain, and can even be used in harsh environments, including water.

In trials, early users in 10 countries reported a 95% preference for the relatively low-cost AT-Knee to more expensive existing technologies.

Developed with a $100,000 Grand Challenges Canada seed grant awarded in 2012 to the Bloorview Research Institute, the AT-Knee easily outperformed existing technologies under rigorous conditions in El Salvador, Chile and Myanmar.

In the first five years, LegWorks expects 37,000 units to be sold via distributors, NGOs, prosthetic clinics and government rehab facilities, in both high-income countries and the developing world.

Introduction of the innovative device will be scaled up and taken to market this summer. The $2 million investment deal includes a loan via Grand Challenges Canada of up to $1 million (of which $405,000 has been dispersed), matched by MaRS Innovation, Holland Bloorview Kids Rehabilitation Hospital, Ontario Centres of Excellence and a group of private angel investors.

The federal government’s contribution to the project comes from a special $10 million strategic partnership fund provided by the Department of Foreign Affairs, Trade and Development Canada (DFATD) to accelerate the scale-up of highly promising Grand Challenges Canada innovations that improve health in developing countries. Selected innovators also access technical, business support and other resources to accelerate their growth.

The World Health Organization estimates that only 5 to 15% of all lower-limb amputees in the developing world have access to appropriate prosthetic services and technologies — a large unmet need.

For more information about the LegWorks All-Terrain Knee, visit legworks.org.