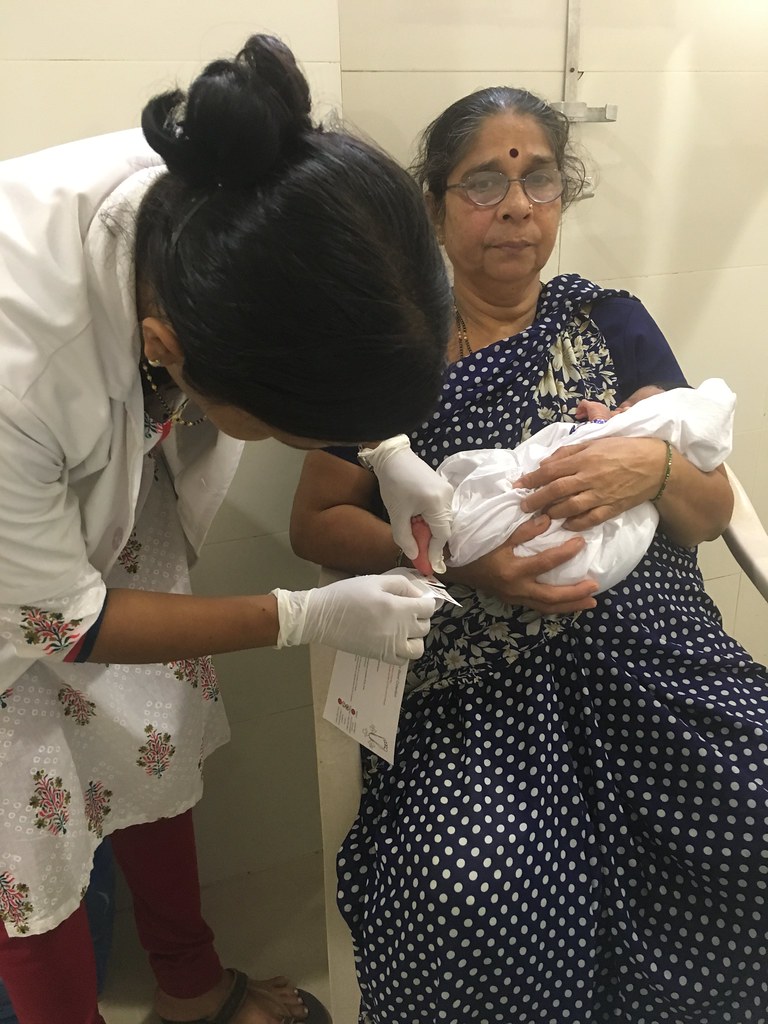 Raising the awareness of parents and stakeholders is difficult, with 76% of the Indian population part of low socioeconomic groups and 20% of this group being sub-classified as poor.

Implementing a NBS in India requires careful cost-analysis due to its high population. Currently, there is a lack of data demonstrating the need and viability of such a program.

One particular major ailment for children is vitamin responsive seizure (VRS), though a single reliable technique for detection has not been developed outside the use of mega-doses.

The project aimed to develop an NBS model that could be proposed to the Indian government.

The study strove to raise awareness on the importance of NBS among health workers, parents, social workers, and adolescents.

The project had three phases:

They Developed brochures, information sheets, leaflets, and guidelines for NBS use. In addition, they presented at conferences, conducted workshops, and ran street plays and radio programs in public areas.

The study tested the use of mass spectroscopy in conjunction with different chromatography techniques for screening VRS among newborns.

Data for the NBS model was presented to the Indian Government through the District Administration.

Over the course of 15 months, the NBS model in the Udupi District screened 3913 newborns for 7 disorders. 15 babies tested positive for one or more metabolic disorders including Hypothyroidism, Congenital Adrenal Hyperplasia, Galactosemia, and G-6PD deficiency. These patients were treated and saved from death or severe disability. There were no confirmed cases of Biotinidase deficiency, PKU, and Cystic Fibrosis.

The study found that awareness creation techniques were effective in communicating the scientific information to lay people.

The project developed a clinically validated model for screening VRS in newborns and established the need to store dried blood spot samples at -80oC within 4 hours of collection.

The study concluded that since India is a diverse country with different ethnic groups, cultures and food habits, pilot projects need to first be conducted at a district level to identify the incidence of rare metabolic disorders in specific regions. Presenting district-specific data on incidence rates and cost-effectiveness to health administrations has a higher likelihood of influencing a national NBS program.