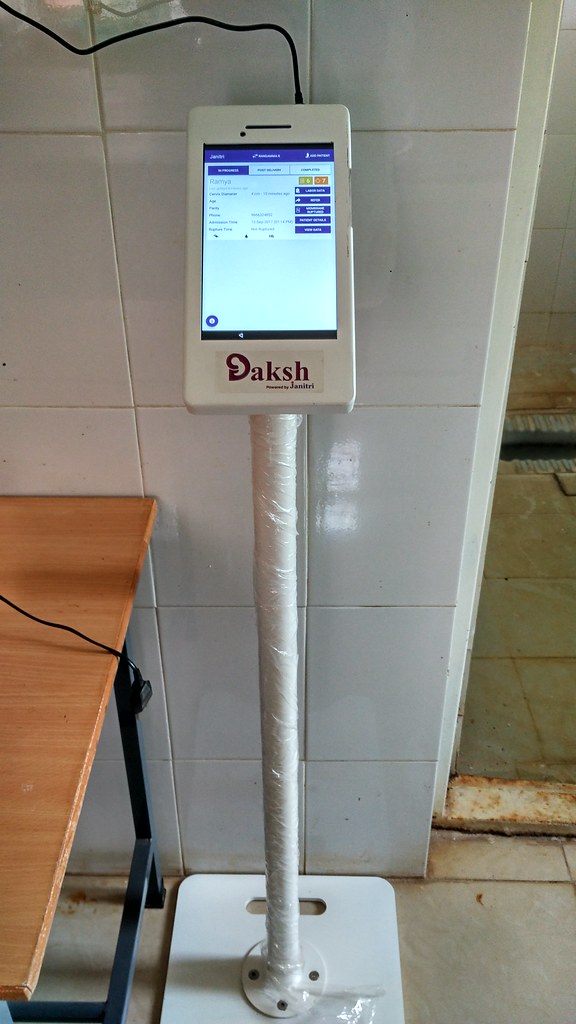 Prolonged and obstructed laborare common causes of intrapartum death. 99% of these deaths occur in LMICs likeIndia, where 44,000 women die annually from preventable causes.

The partograph is a paper-basedtool that provides an overview of labor that has been shown to reduce the rateof obstructed labor and intrapartum complications.

Despite its usefulness as a tool,the complexity of the partograph remains a significant barrier for its uptakein LMICs as it requires extensive training and overburdens the workload of analready limited sized health staff.

The DAKSH tool used a standardintrapartum protocol to remind nurses to monitor patient vitals, while alsoallowing nurses to measure and observe vital-signs for patients. The systemgenerated alerts in cases of complications and also allowed doctors in remotelocations to view labour processes and guide nurses.

A pilot study was conducted inover 40 low resource healthcare settings. Before implementation in facility,healthcare settings were evaluated. Facilities were required to have internetconnection and a staff willingness to take up the technology.

Doctors, nurses, andadministrators were trained to use the application.

During the pilot phase over 6,000women were monitored using the DAKSH application.

DAKSH produced a substantialincrease in protocol adherence among staff and provided a record-keeping mediumin healthcare settings where partographs and case sheets were unavailable.

The DAKSH tool successfullytracked cervical dilation, which is an area of concern if it occurs too earlyin intrapartum care.

Feedback from staff stated theprogram’s alarm system was too loud and could be heard outside the labor wardand that more complex algorithms may be needed for the system.

The pilot also identified theneeds to digitize labor recordkeeping as a whole and translate the applicationto other local languages.