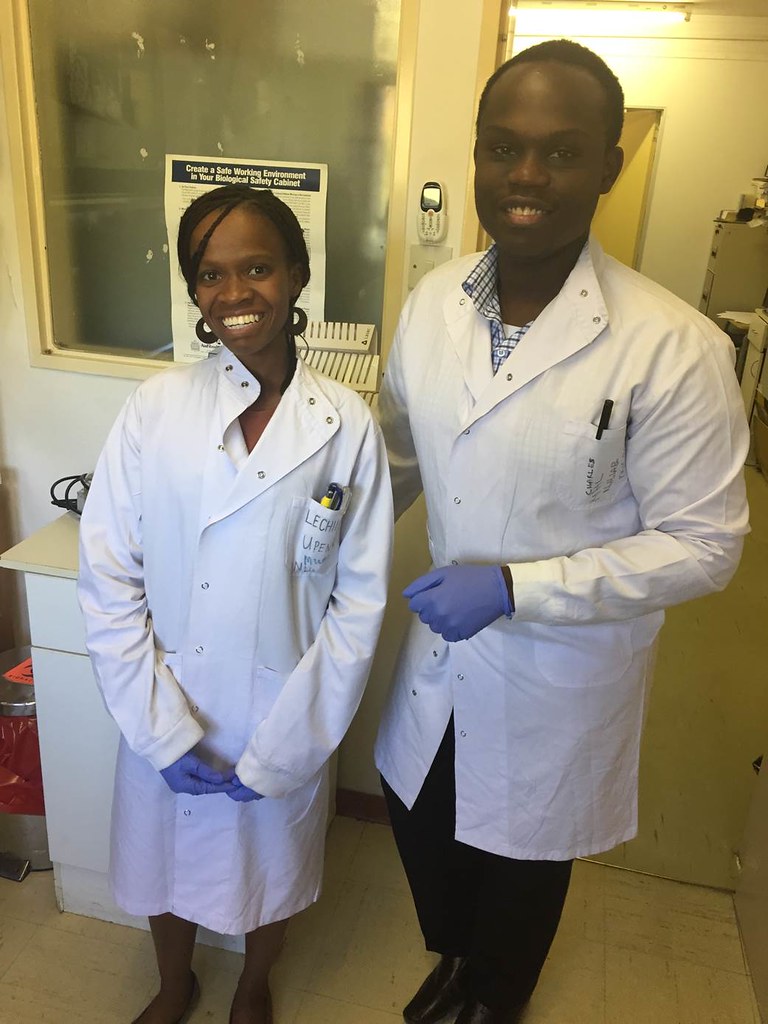 Diarrhea is the second-leading cause of death of children under five, with the majority of deaths occurring in low-income countries. It is also a major contributor to stunting, malnutrition, cognitive dysfunction, and reduced adult human capital and economic productivity.

With new funding from Grand Challenges Canada, the researchers will develop and test a ‘test and treat’ method of addressing childhood diarrhea.

The new management algorithm has the potential to displace existing guidelines for the testing and treatment of childhood diarrhea, which recommend antimicrobial therapy if blood is found in a child’s stool. Studies funded by Grand Challenges Canada’s Point of Care Diagnostics and Stars in Global Health programs showed that these guidelines may leave significant numbers of cases untreated where death could be averted.

Published by the Journal of the Pediatric Infectious Disease Society, one study documented that over one-third of 671 babies hospitalized with severe diarrhea – including 17 of 26 (65%) who ultimately died – were infected with a treatable pathogen, infections that had gone unrecognized at the hospital and therefore generally went untreated.  The pilot trial also demonstrated that Lactobacillus reuteri treatment of children with gastroenteritis showed much promise for the mitigation of damage caused by acute diarrhoeal disease.

The researchers say that the ‘treatment gap’ revealed in their Botswana research uncovers a major opportunity to make a big long-term impact in child health worldwide.

Results from the trial, to be carried out over 12 months across four hospitals in Botswana, could have a significant long term impact on the way childhood diarrhea is tested and treated in low-resource settings. The evidence could inform policy, change regulations and impact the development of future diagnostics in low-income countries.

Partners include the Botswana Ministry of Health, the Botswana-UPenn Partnership, bioMérieux, BioGaia, and Copan Italia.

This website uses cookies to improve your experience while you navigate through the website. Out of these, the cookies that are categorized as necessary are stored on your browser as they are essential for the working of basic functionalities of the website. We also use third-party cookies that help us analyze and understand how you use this website. These cookies will be stored in your browser only with your consent. You also have the option to opt-out of these cookies. But opting out of some of these cookies may affect your browsing experience.
Necessary Always Enabled
Necessary cookies are absolutely essential for the website to function properly. These cookies ensure basic functionalities and security features of the website, anonymously.
Functional
Functional cookies help to perform certain functionalities like sharing the content of the website on social media platforms, collect feedbacks, and other third-party features.
Performance
Performance cookies are used to understand and analyze the key performance indexes of the website which helps in delivering a better user experience for the visitors.
Analytics
Analytical cookies are used to understand how visitors interact with the website. These cookies help provide information on metrics the number of visitors, bounce rate, traffic source, etc.
Advertisement
Advertisement cookies are used to provide visitors with relevant ads and marketing campaigns. These cookies track visitors across websites and collect information to provide customized ads.
Others
Other uncategorized cookies are those that are being analyzed and have not been classified into a category as yet.
SAVE & ACCEPT